To the movies with Druds Coverall

I have never really done photography for commercial or marketing purpose. But everything has a first time I guess. My dear friend started producing coverall (for fashion – not workers clothes) in an age of 59 and is living the dream. Her company is Druds Coverall go check it out. We are alike in a sense that we appreciated and value high aesthetic qualities, quirky art and movies and jazz. And it was at the Copenhagen Jazz Festival it all started!

From Beers and jazz to Kill Bill and Lost in Translation

The idea entered my head, when I heard the coming line of coveralls were going to be available in pink. Somehow I thought of the Kill Bill poster and was convinced, that this poster in pink with her in the pink coverall would look great and, most of all,  be bloody funny as a reference. After a night of beers and good music, a morning pondering about the idea we agreed that we need to do a series because it would be more fun, would make it easier to understand our idea by making more replicas and references to known movies and tv series. We settled on three additional poster: Lost in Translation, Breakfast at Tiffany’s and House of Cards. Make a google search to see the poster we are replicating.

I have never done this kind of photography, but I do know planning and compositing, because I have worked with 3D visualizations, graphic design and nerdy Photoshop stuff for decades. So I spend some time deconstructing the posters into elements, how best to light and photograph it in order to make the easiest post production composite. It is of course clear that none of the shots could be capture in one shot, but I do know that the more you are able to get in the shot/on the set, the easier/better. Here is a short breakdown of the elements.

All shots, except Lost in Translation were done in a studio. It was not to bad setting the lights, and most work were done getting the right posture and attitude. Not much to say about how it was done other than doing a lot of shots. Fairly standard: Two to three strobes (cheap chinese types), softboxes, generic wireless trigger, white backdrop. It was all shot with a Fujifilm X-Pro2 and XF35mmF1.4. Maybe also a shot XF23mmF2.

I will just quickly deconstruct the Kill Bill shot. Model shot on a white backdrop. Keylight on models right side, roughly 2m distance and slightly in front and above her. Fill light on models left side.
We did additional separate shots of the model holding her feet lightly on a mirror on the floor, to get the reflection of her leg and shoe. These shots were combined to make the final composite. The Photoshop nerdy part is important for the final look, but not so interesting or special in this small write up. If you want to learn more about Photoshop I highly recommend this YouTube Channel for tutorials. The fun part was to see the planning and idea come together and look pretty cool. I will show a few proces steps from the Photoshop file.

For the pink fun of it

We do not know if people get the idea of us replicating the posters with pink coverall as a funny/quirky twist to well known images. We of course think it is super funny and had great fun doing it. Druds Coverall is happy with the products (the photos) and I am stoked that it turned out really nice.

We also shot some “normal” shots including the lovely Caterham Super Seven, as she is very fond of classic cars and great design. One shot was a Brenizer Panorama. Another of my good friends who likes cars as well just happened to own a Caterham. He was very kind and spend some time and offer his car to the photo shoot. 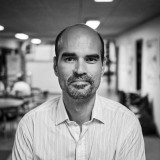 Dear Silhouette, I’m breaking up with you…